The Chair of the European Movement in Northern Ireland (EMNI) has warned that Brexit will create a regional imbalance and that ‘the people in the north of England who voted for Brexit actually suffer the most from it’.

Ian Parsley was speaking, along with some other representatives from sister European Movements, at the major  ‘Two Islands: Brexit and the Future of Europe’ event in Iveagh House in Dublin on 13 June.

Mr Parsley said following UK departure from the EU, there could be “managed immigration to deliberately try to attract particular people, people of high net worth”.

“[There could be] low taxes, but also therefore low wages. You could end up with London becoming some sort of a casino type town for Arab sheiks and Russian oligarchs, creating a greater regional imbalance, and the people in the north of England who voted for Brexit actually suffer the most from it.” 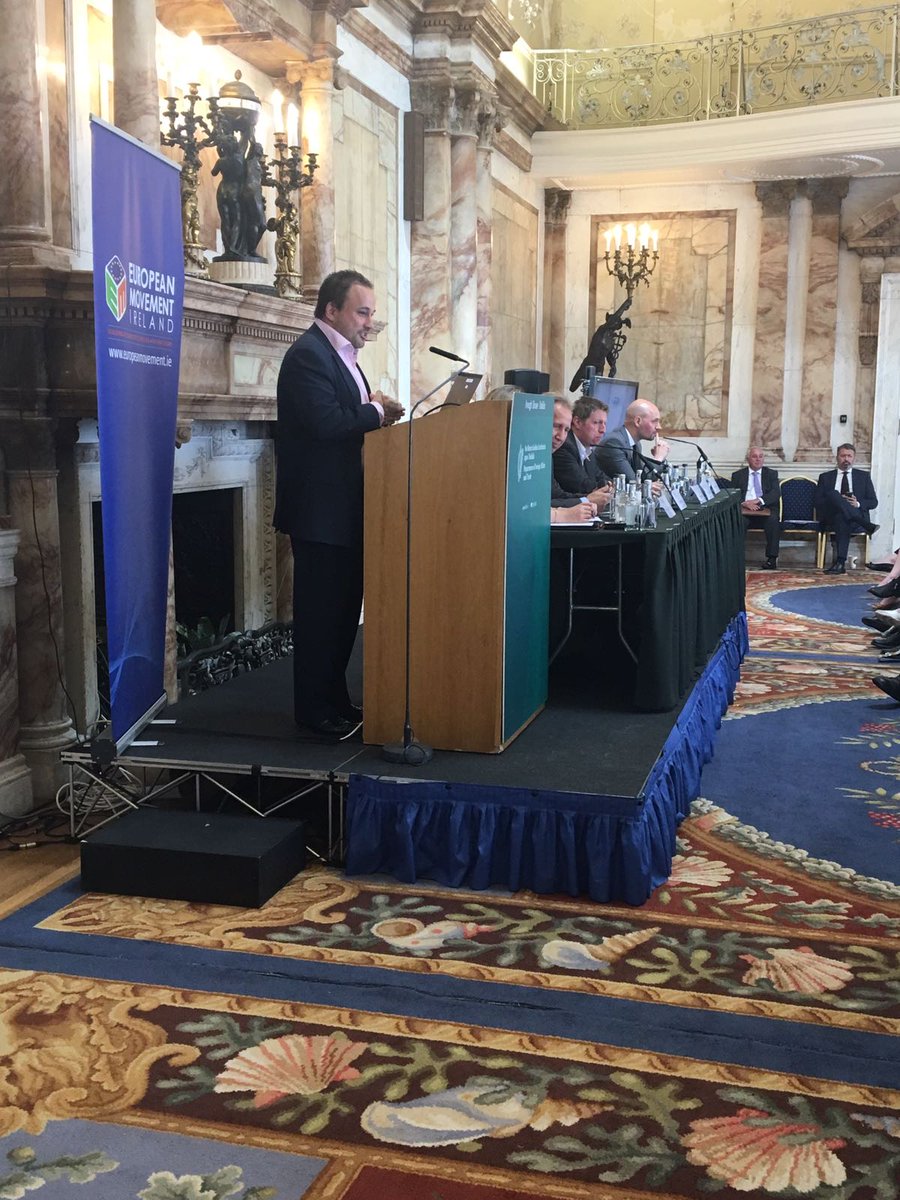 “You could end up with London becoming some sort of a casino-type town for Arab sheiks and Russian oligarchs where there’s greater regional imbalance…If you live in somewhere like Northern Ireland that is not a very attractive prospect.”

The event was hosted by European Movement Ireland in association with Konrad-Adenauer-Stiftung.

In a joint statement issued following the event, European Movement organisations from across the two islands said:

“Working together in Europe for over 40 years has put Europe at the centre of citizens’ lives, whether they are students, in business, or in other walks of life.

“We agreed to work together over the coming months and years to ensure that the common issues faced by all our citizens can be properly reflected in the debate on the future of Europe. This is particularly important as the negotiations on the UK’s future in Europe are about to begin.

“We agreed that it was very important that all parts of the two islands should collaborate to make a positive contribution to the future of Europe.”

Speakers who addressed the Two Islands: Brexit and the Future of Europe event: