The paper states that the Good Friday Agreement should continue to be protected and strengthened in all its parts after the United Kingdom’s withdrawal from the European Union. The continuation of the Common Travel Area, which facilitates the interaction of people in Ireland and the UK, should also be recognised.
Key issues include ensuring that: the interlocking political institutions on the islands of Great Britain and Ireland, established by the Good Friday Agreement, continue to operate; cooperation (in particular, North-South cooperation between Ireland and Northern Ireland) is protected across all the relevant sectors; and that full account be taken of the birth right of the people of Northern Ireland to identify themselves as British or Irish, or both.
EMNI Chair Ian Parsley responded to the paper:

“Given Ireland’s unique situation in the Brexit negotiations, a unique solution is required. However, it is up to the Brexiteers to come up with these flexible and imaginative solutions to avoid a hard border on the island of Ireland. Unfortunately, the UK Government and the DUP seem to make solutions harder by ruling out membership of the Customs Union and the Single Market for Northern Ireland.”

The EC said solutions must respect the proper functioning of the internal market and the Customs Union, as well the integrity and effectiveness of the EU’s legal order. “As it was the UK’s decision to leave the EU, it is the UK’s responsibility to propose solutions in this regard”. 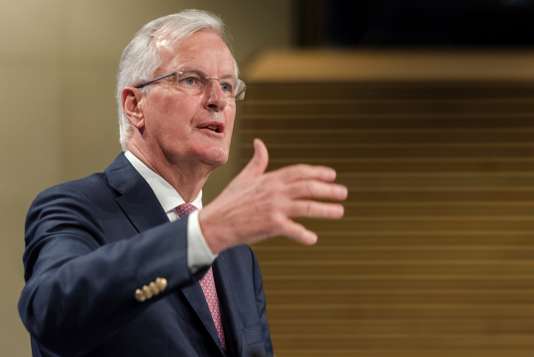 On 29 April 2017, the European Council adopted a set of political guidelines, part of which state that:
“The Union has consistently supported the goal of peace and reconciliation enshrined in the Good Friday Agreement in all its parts, and continuing to support and protect the achievements, benefits and commitments of the Peace Process will remain of paramount importance. In view of the unique circumstances on the island of Ireland, flexible and imaginative solutions will be required, including with the aim of avoiding a hard border, while respecting the integrity of the Union legal order. In this context, the Union should also recognise existing bilateral agreements and arrangements between the United Kingdom and Ireland which are compatible with EU law.”
On 19 June 2017, the EU and UK negotiators agreed to establish a political dialogue on Ireland and Northern Ireland. The aim of this dialogue is to reach a political agreement with the UK in order to protect the Good Friday Agreement in all its parts – of which the UK is a co-guarantor under international law – as well as preserving the Common Travel Area, which predates Ireland and the UK’s membership of the EU.

“As the European Commission’s paper today makes clear, the UK government’s decision to leave both the EU Single Market and Customs Union means creative and viable solutions need to be found that take into account the unique impact Brexit will have on the island of Ireland. Resolution must now follow rhetoric.”

Ms O Connell added that the challenge is to ensure ‘practical solutions and sufficient progress is made on the unique issues the UK’s withdrawal creates for Ireland’.

Guiding principles transmitted to EU27 for the Dialogue on Ireland/Northern Ireland:
https://ec.europa.eu/commission/publications/guiding-principles-transmitted-eu27-dialogue-ireland-northern-ireland_en

May Speech Reaction: “Still no ideas put forward about how to have no physical infrastructure on the border”
European Movement responds to UK Government position paper on border