Just the Facts – Results in NI on EU Referendum

Voting in the UK referendum on EU membership

On Thursday 23 June, the UK held a referendum on its membership of the European Union. Northern Ireland, as part of the UK, went to the polls that day.

The following question was asked on the ballot paper: What were the results?

The turnout in Northern Ireland was 62.7% with 789,879 people voting in the referendum. 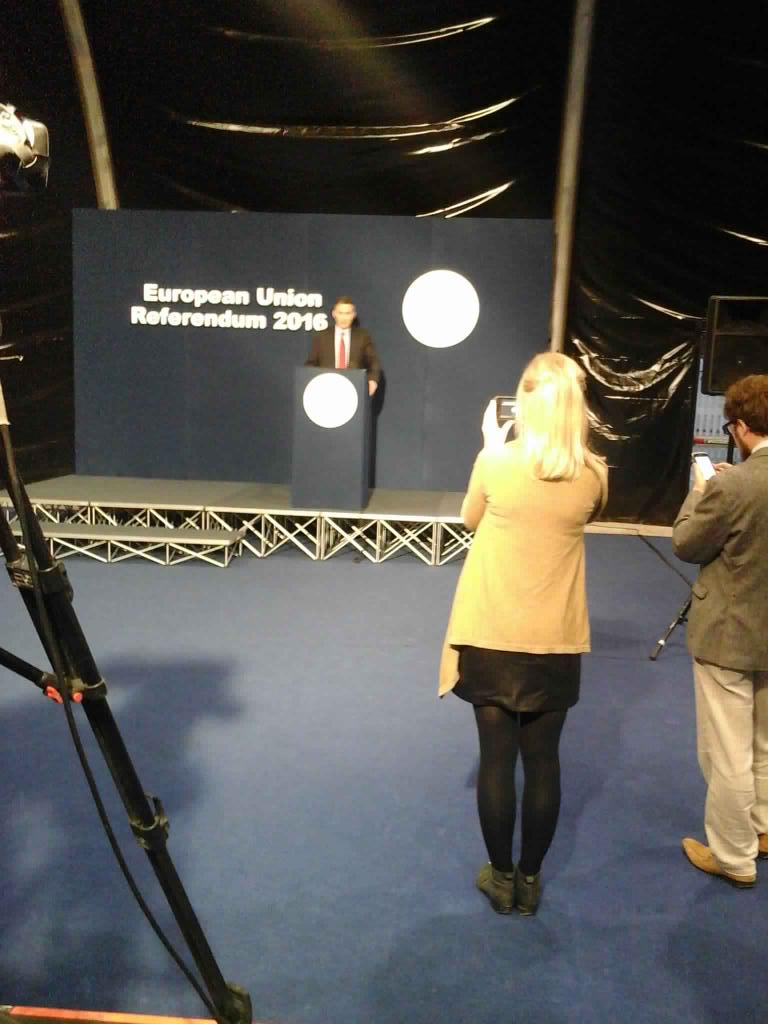 Graham Shields (Counting Officer) announced the results for Northern Ireland around 5.20am on 24th June 2016 at the Titanic Exhibition Centre, Belfast.

Despite the result in Northern Ireland, the UK as a whole voted to leave. Overall, the Leave campaign came top in nine of the UK’s nations and regions, with the Remain campaign coming top in just three, NI, Scotland and London. The West Midlands had the highest vote share for Leave, with Scotland highest for Remain.

The Electoral Office for NI: http://www.eoni.org.uk/Elections/Referendum-FAQs